Protest vs. “March for Life” 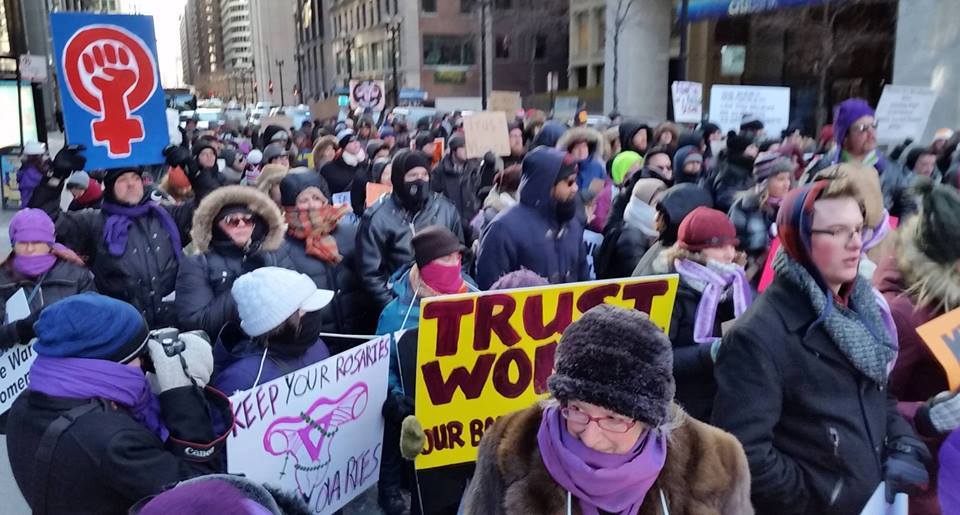 Each January, right-wing, anti-choice bigots from around the Midwest are bused into Chicago for the so-called “March for Life”.

** There is nothing “pro-life” about these people – they don’t care about babies once they’re born, they’re pro-gun, pro-war, and pro-Trump.

** They want to ban contraception and comprehensive sex ed. They don’t care that black women are drastically more likely to die in childbirth than white women.

** They’re perfectly happy to see funding cut for programs that serve disabled infants, children, and adults. They don’t care that folks across America are suffering from lead poisoning and treatable diseases.

For these reasons and more, we call them not “pro-life”, but “pro-lie”.

Join us on Sunday, January 14 at 1:30 pm to show them that Chicago is pro-choice.

We’ll gather across the street from Federal Plaza in front of the Dirksen Federal Building for a rally and speak-out, followed by a short march through the streets of downtown Chicago and a rally at the end of the route. We’ll be done by 3pm. Bring signs, bring banners, wear your Handmaid outfit if you have one (but be prepared for cold weather). Be prepared to be LOUD.

***This is a queer/trans-inclusive, anti-racist, anti-sexist, anti-fascist event. If you have a problem with trans people, stay home***