Originally published the morning of December 5, 2017

The Supreme Court is hearing oral arguments today in a case which could mark a stunning reversal for LGBT rights. The facts seem clear, the precedents should seem to hold, but we live in a country where those things increasingly don’t matter. 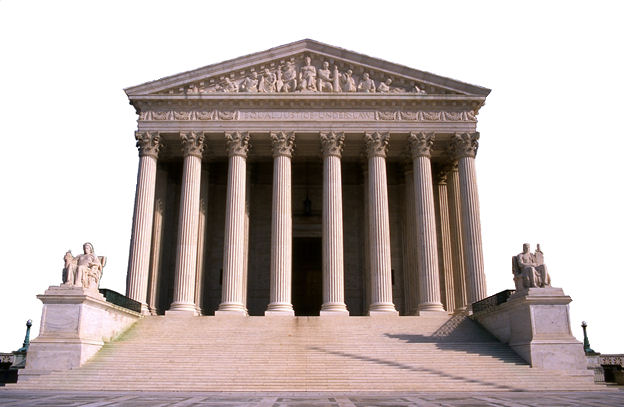 For many years LGBT progress seemed “inevitable.” To casual observers, it seemed that victory invariably followed victory (never mind Prop 8, DOMA, AIDS, Anita Bryant, etc.). The logic of LGBT equality was self-evident, and so surely the truth must win out, right?

Such complacency is itself foolish, particularly in these times; and two Supreme Court decisions this week – one upholding Trump’s Muslim ban in full and the other refusing to hear a Texas case where same sex couples are denied equal employment benefits – show the dangers of complacency.

By refusing to hear the Texas case, the same Supreme Court that we’re counting on saving us from bigots’ specious “religious liberty” claims in the Colorado bakery case let stand a lower Texas court ruling that said LGBT employees aren’t entitled to equal access to accommodations granted to their heterosexual peers.

This should open our eyes to a basic truth:  The view that progress for LGBTs is inevitable flies in the face of history. A look at every other social justice movement shows that for every period of progress, there are almost as many periods of severe setbacks and defeats which diminish, if not outright ruin, the lives of millions.

A few short decades before the Civil Rights Movement of the early 1960s won unprecedented gains, countless lives were scarred by the worst period of lynching and pogroms against blacks in American history.

The early 1960s movement forced the end of Jim Crow segregation and the gaining of equal access to public accommodations for blacks was a primary victory of that movement. This was a gain which later movements, like the second wave of women’s movement and the post-Stonewall LGBTQ movement, benefited enormously from.

But now, equal access to public accommodations is under severe threat for LGBTs, and by extension, other discriminated groups as well.

Today the Supreme Court will hear oral arguments in Masterpiece Cakeshop, Ltd. v. Colorado Civil Rights Commission, a case in which bigoted bakers claim that their “religious freedom” should allow them to refuse to bake a cake for a gay couple’s wedding. In essence, they claimed the “religious” right to deny equal access to public accommodations, a public business, for LGBTs.

For anyone with knowledge of the Civil Rights Movement, such “religious” reasons to deny equal access to public accommodations will sound eerily familiar. Before he began his notorious crusade against gays, the late Rev. Jerry Falwell, for example, was an arch racial segregationist. He argued that whites’ right to “religious freedom” should give them license to discriminate against blacks, whose movement he infamously labeled “the Civil Wrongs Movement.”

But how can bigoted bakers’ refusal to bake a cake be equated with racially segregated lunch counters and drinking fountains? It’s very simple: a seemingly innocuous decision, such as in the Masterpiece Cakeshop case, can easily broaden into ones with much more far-reaching consequences.

This can be seen in our LGBT history. When Lawrence v. Texasthreatened to overturn that state’s anti-gay sodomy law, most on both the left and the right yawned. After all, only a handful of states still had such laws, and in those that did, they were almost never enforced. Yet as the eminently evil, but also intelligent late Supreme Court Justice Antonin Scalia noted, by opening the door, the 2003 Lawrence v. Texas decision provided the framework under which equal marriage rights would be won a decade later.

Conversely, by recognizing that bigoted bakers’ religious rights trump those of LGBTs, the Court could open the door to far less innocuous defeats for the right to equal access to public accommodations, and not only for LGBTs, but others as well. Arguably, that door has already been opened somewhat by the 2014 anti-woman Hobby Lobby decision which allowed corporations to have religious beliefs that trumped women employees’ access to reproductive health care.

Supreme Court watchers on the left, including LGBTs, have largely been complacent about today’s oral arguments in the Colorado case. “Certainly the court’s liberal and center will hold against the late Antonin Scalia’s bigoted proteges,” we are told. “Certainly a plain reading of the court’s 2014 equal marriage rights will save the day, right?”

But in a country where facts don’t matter, logic matters even less so, especially when logic is inconvenient to those in power.  So a country that said that “all men are created equal” also condoned the slaughtering of Native Americans and enslavement of blacks. Such a country’s most eminent jurists are capable of the most illogical rationalizations of what is constitutional, such as in their support for the mass incarceration of Japanese Americans 75 years ago.

So logic and truth will not inevitably win out. Rights are won by large movements of “ordinary” people who force the powerful – courts, politicians and businesses – to do their bidding.

Four years ago I wrote that “The last thing I want to be a decade or two from now is sitting in my rocking chair, fondly looking back at the year 2013 as the high-water mark of our movement, like a suffragette in the 1950s wondering where her movement has gone, and when, or if, it will ever revive.”

And two years ago, “The current pro-LGBT momentum will not last forever. And at that point we’ll be fighting to simply hang on to whatever we still have.” 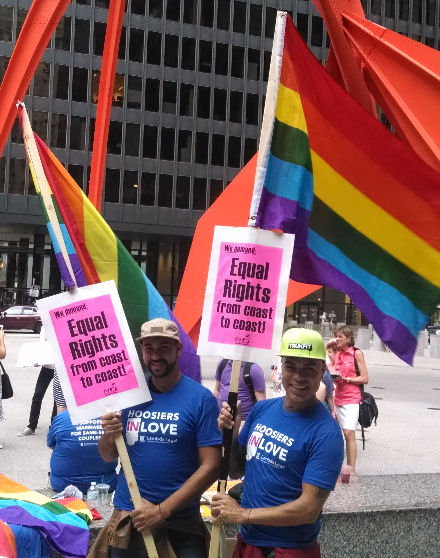