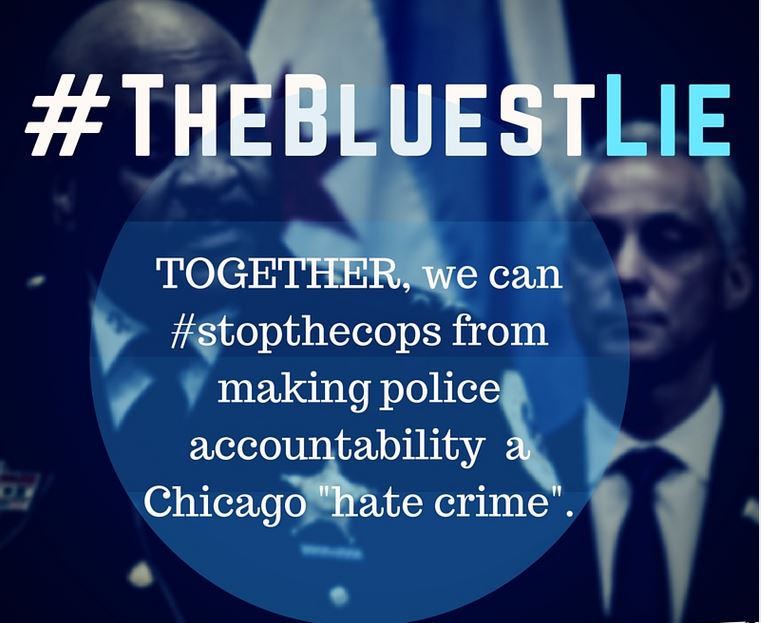 For generations, Black and Brown organizers in Chicago have fought tirelessly to hold Chicago Police Department (CPD) officers accountable for the misconduct and violence that disproportionately impacts their communities. The cover-up of the police execution of Laquan McDonald was not the first instance of police violence and corruption in Chicago; CPD harbors a dense history of racially-motivated police violence.

This past year the U.S. Department of Justice launched a federal investigation into CPD, and the Invisible Institute has exposed thousands of police misconduct filings, less than 3% of which resulted in any disciplinary action. Recently, a CPD whistleblower Civil Rights suit which would have required Mayor Rahm Emmanuel to testify, was averted by the City with a $2 million settlement.

We know that violence against police is at an all-time low, while reported deaths from police violence is at a record high. Without vigilant social movements holding CPD, the City, the State’s Attorney and the Mayor’s office accountable for wrongdoing, the small gains made in recent election cycles would not be making headlines.

Now, Chicago City Council Finance Committee chairman Edward Burke has announced his sponsorship of an ordinance, to expand the Hate Crime statute to cover current and former law enforcement officers and first responder personnel. In line with a nation-wide, reactionary wave of “Blue Lives” legislation, a similar (though redundant) expansion was enacted in Louisiana, and lawmakers are currently pushing for the same in Tennessee.

Currently, no legal path exists to charge an on-duty law enforcement officer with a Hate Crime. This proposed expansion would formalize pre-existing “Blue Code of Silence” protections without increasing police accountability. Please stand with us in demanding that Burke and his co-sponsors rescind this proposed expansion of the Hate Crime ordinance. Black Lives depend on it.