Trump’s egotism and astounding ignorance are but symptoms of a system which produces such a candidate.

Opposing Trump himself must be part of changing the wider society that produced both him, and a Democratic rival who was so uninspiring that the highest number of eligible voters in the last two decades of presidential contests chose not to vote.

Watch this short film of a large anti-Trump protest here in Chicago with GLN’s Andy Thayer speaking on why Trump himself is but a small part of a much bigger problem … and what we can do about it. 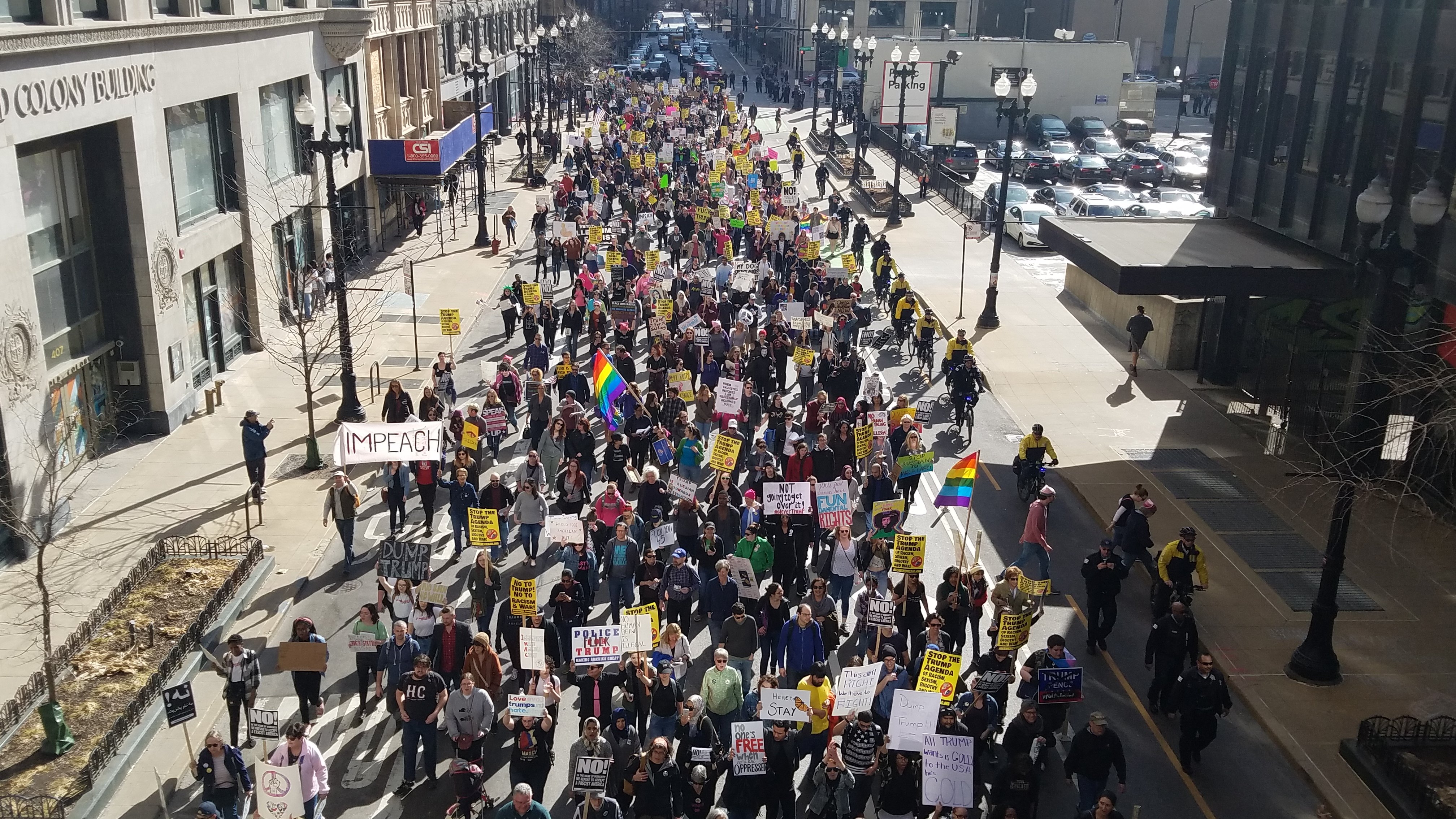 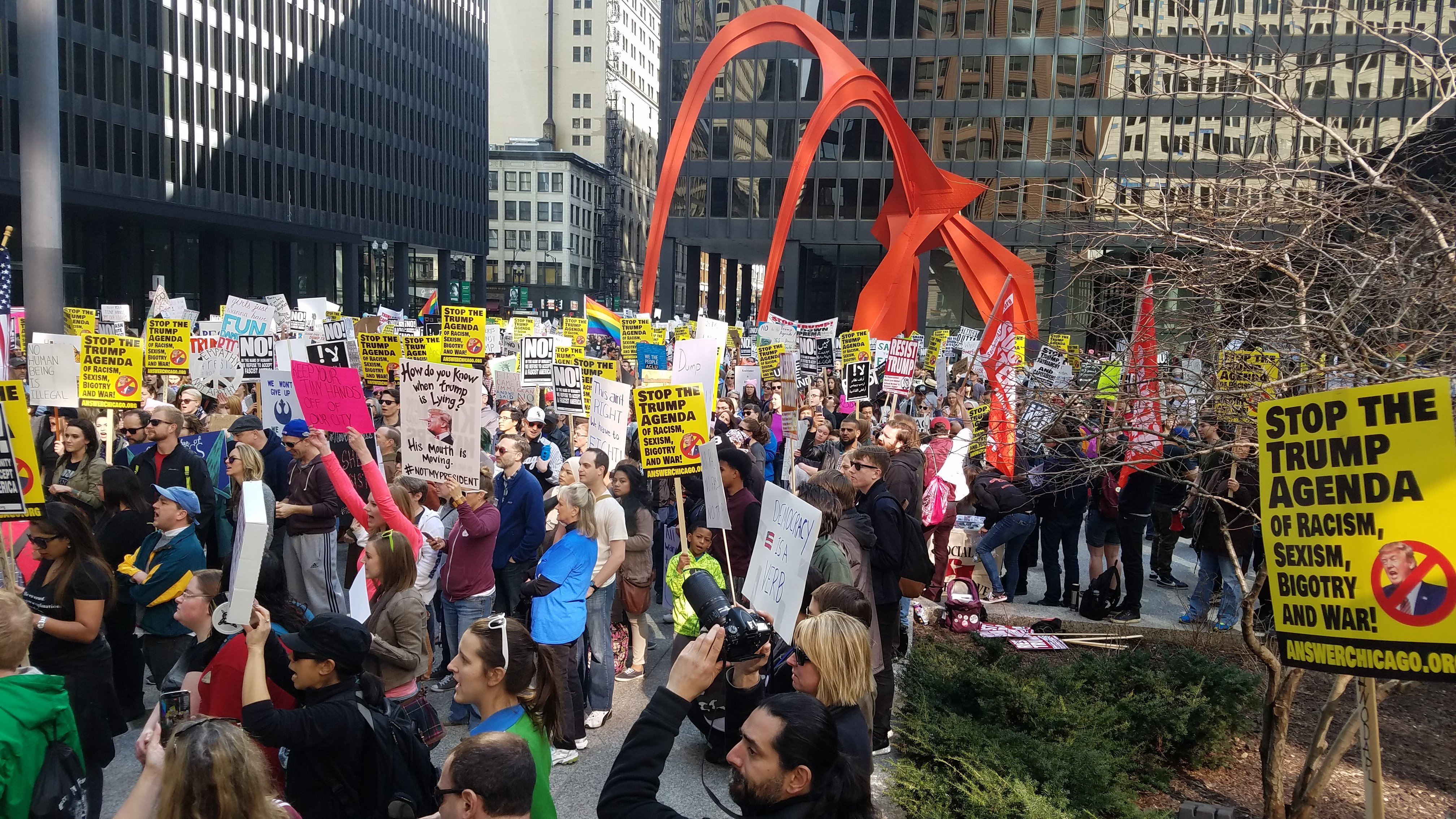