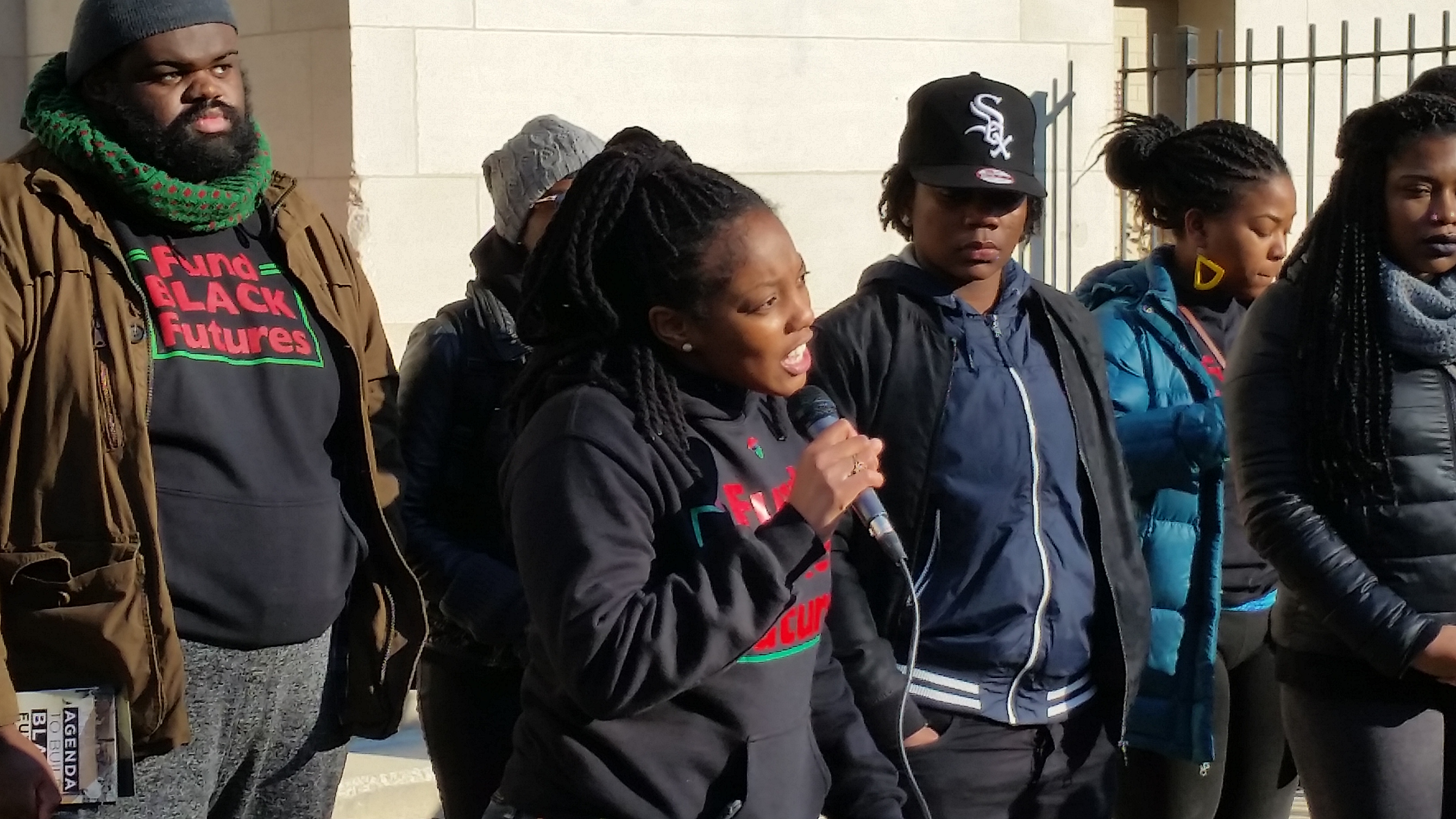 On the Saturday of the Martin Luther King, Jr. holiday weekend, Chicago’s foremost youth-led Black Lives Matters organization, BYP100, organized a march and rally. Click on the picture above or the link below to see the first of six short videos, this one shows the march going from a local school.

Last year Mayor Rahm Emanuel announced the unprecedented closing of 50 schools, mostly in Black neighborhoods, under disgraced former schools CEO Barbard Byrd Bennett, now under federal indictment for kickbacks from a private contractor. Two days ago, the Better Government Association announced a new study showing that most of the supplies and furniture from those shuttered schools can’t be accounted for. 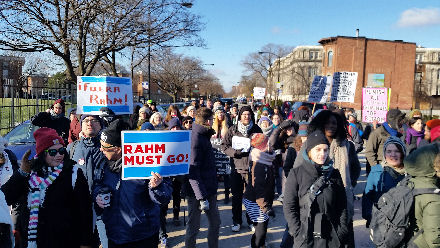 In this 2nd of 6 short videos of the day, Janai Bonsu of BYP100 explains the economic program that her group is developing — focused on redirecting resources currently wasted on policing instead to programs that truly stop violence and build communities.

Over 40% of Chicago’s operational budget currently goes to our notoriously violent police, and the city has the highest municipal cop to civilian ratio of any over 10,000 people in the country, according to the FBI. With more murders than far more populous LA and New York, clearly these millions of dollars are not doing what they’re supposedly intended to do.

BYP100 and other activists point to the economic devastation faced by Chicago’s 99%, particularly Blacks and Latinos, as the heart of our violence problem. Re-opening the city’s shuttered mental health clinics, properly funding its public schools, massive jobs programs for our youth, preserving and building more of its low income housing, would be good places to begin addressing Chicago’s violence problem. 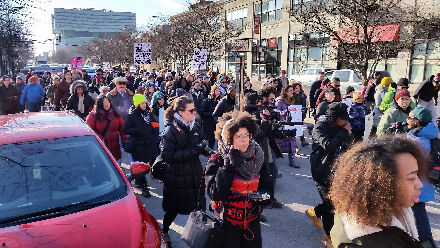 BRILLIANT rap by Tweak RBG (Radical Black Girl) nicely encapsulates just what has had so many people ANGRY in Chicago for so long – which has finally burst out into the open in a series of protests over the past few weeks. BYP100 and other organizations of young, radical Black folks are leading the way into redefining Chicago’s notorious machine politics and NGOs. 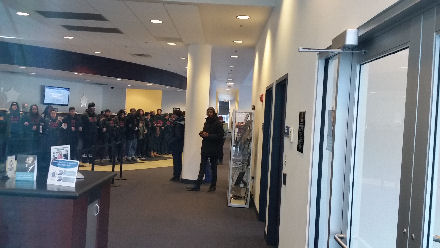 After blockading business for a few hours at the main office of the Chicago Patrolmen’s Credit Union – basically the cops’ bank – BYP100 protesters emerge triumphant just before the close of business that day. 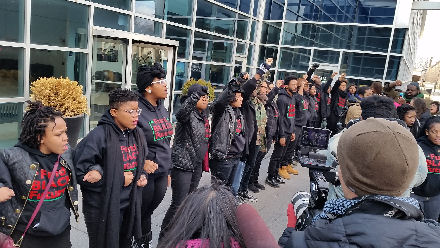 Video #5 — Closing out the protest

Drawing out the lessons of the day – all the money wasted on police and their violence that could instead go to actually HELP people. 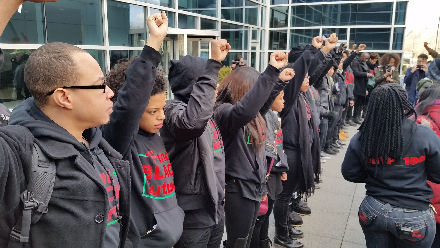 Inspiring way to send off the day!