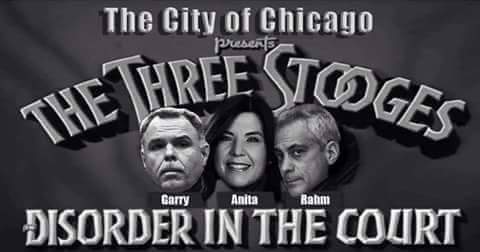 Chicagoans from across the city will walk out of work and school and converge on Daley Plaza at noon on Wednesday to demand the resignation of the Mayor and the State’s Attorney. The protesters refuse to accept Mayor Emanuel’s attempts to placate the public in the aftermath of disclosures about the Mayor’s Office’s suppression of public release of information of the police murdering Laquan McDonald.

WHAT: City-wide walkout to call for resignation of Mayor Rahm Emanuel

WHO: More than 1000 Chicagoans demanding a new era of truly-democratic, accountable leadership in our city

We will now hold our leaders accountable for the transgressions they commit and that are committed under their watch. Task forces, press releases, symbolic replacements of one crony for another are no longer enough to mollify the masses.