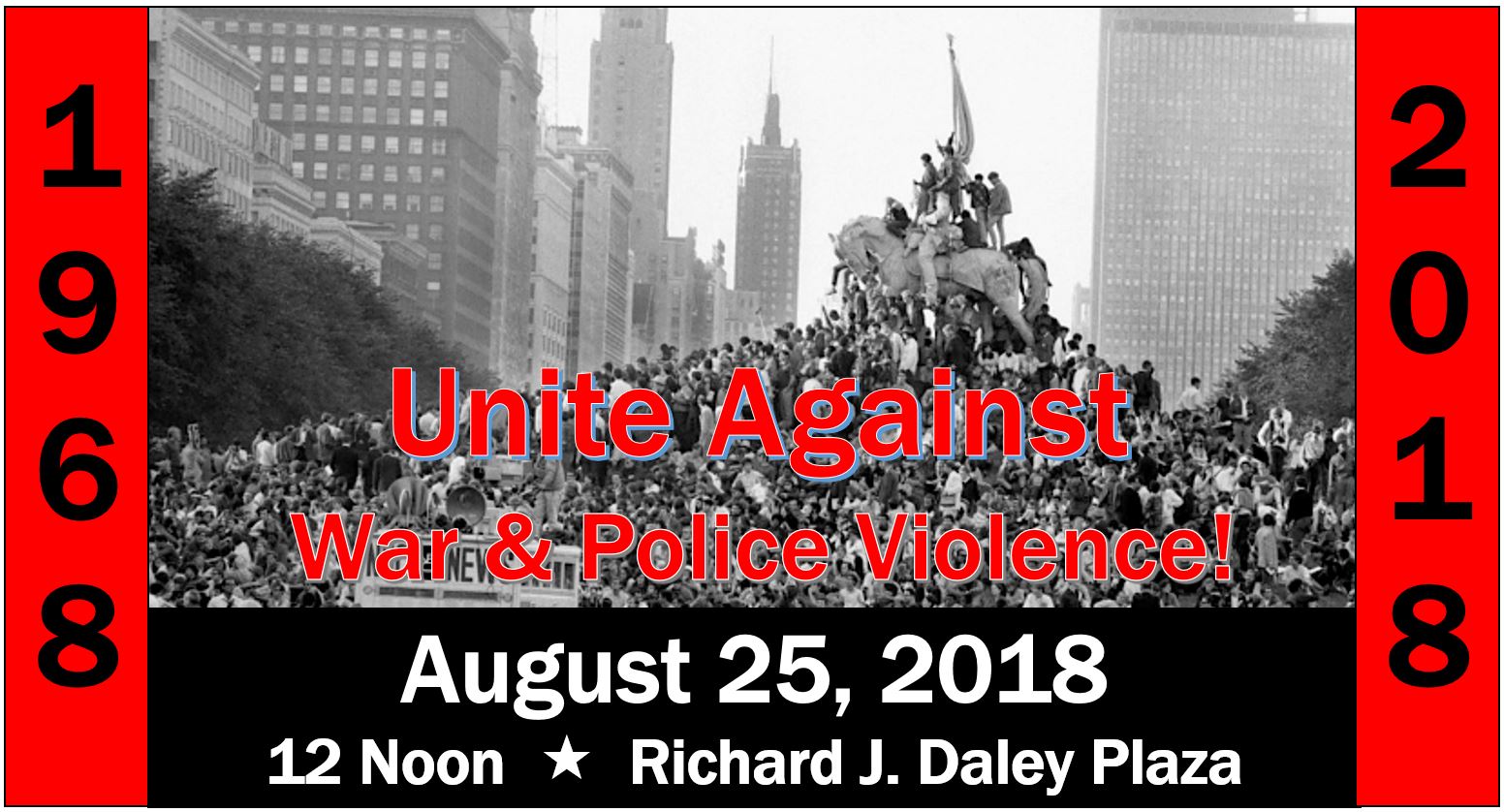 Fifty years ago, growing numbers of Americans rose up against the twin evils of war and racism. Outside the Democratic National Convention in Chicago in August 1968, peaceful protestors were savagely attacked by the police minions of Chicago Mayor Richard J. Daley while Party bosses inside were busy crushing the hopes of peace candidates whom the majority of Democratic primary voters had supported.

We intend to commemorate this event. But more than that, we intend to highlight the sobering lessons of 1968 for today’s world, where both parties supported unending wars, huge military spending that starved urgently needed social services of funds, and a brutal police and prison apparatus that targets people of color.

In many respects things are worse today than in 1968. The U.S. government is still at war – only now it’s not one war in Vietnam but MANY wars. Today, however, we barely know they’re happening. Yet these wars cost trillions of dollars and people here pay for them by doing without decent schools, good jobs, decent services, health care – even safe drinking water. We are still plagued by persistent war, racism, poverty, and police violence.

We need a revived and unified movement for peace and social justice TODAY – one that links the struggles against racism, poverty and police violence in the United States to our government’s unending wars and military domination abroad. We call on peace, anti-poverty, anti-racist, immigrant rights and other progressive organizations, and all persons of conscience:

March at 1 pm to Grant Park and the Gen. John Logan Statue, scene of the most iconic protest at the 1968 convention.