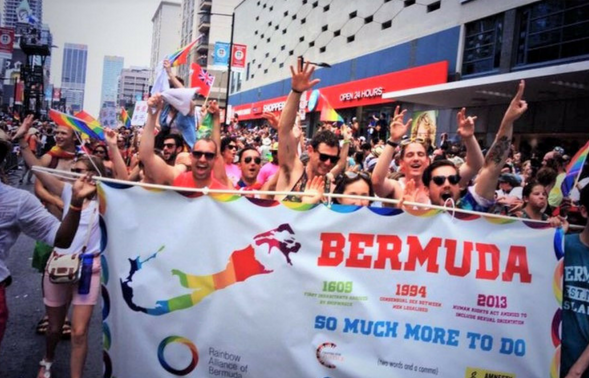 The government of Bermuda recently rescinded marriage equality for its LGBTQ citizens.  This occurred after the island nation’s supreme court ruled that LGBTQ Bermudans were entitled to equal treatment under the marriage laws.  The legislature of Bermuda then acted to cast its LGBTQ citizens into a second class status by overriding the court ruling, and making Bermuda the first nation to repeal equal marriage rights.  The UK government declined to intervene to defend the equality of LGBTQ Bermudans.

Jamison Firestone, a United Kingdom human rights lawyer, has written an open letter to cruise ship operator Carnival Corporation, whose subsidiaries include Cunard, Prince and P&O cruise lines. He urges Carnival Corporation to no longer sail its ships under the flag and laws of Bermuda, in protest at the island’s decision to repeal marriage for same sex couples.   Firestone’s letter is printed in its entirely, below.

GLN is supporting the effort to get the Carnival cruise operation to pull its ships from Bermuda registration and to register them with a  nation that recognizes the equal marriage rights of LGBTQ people.

Please contact Carnival Corporation officials to demand that they cease their relationship to Bermuda: