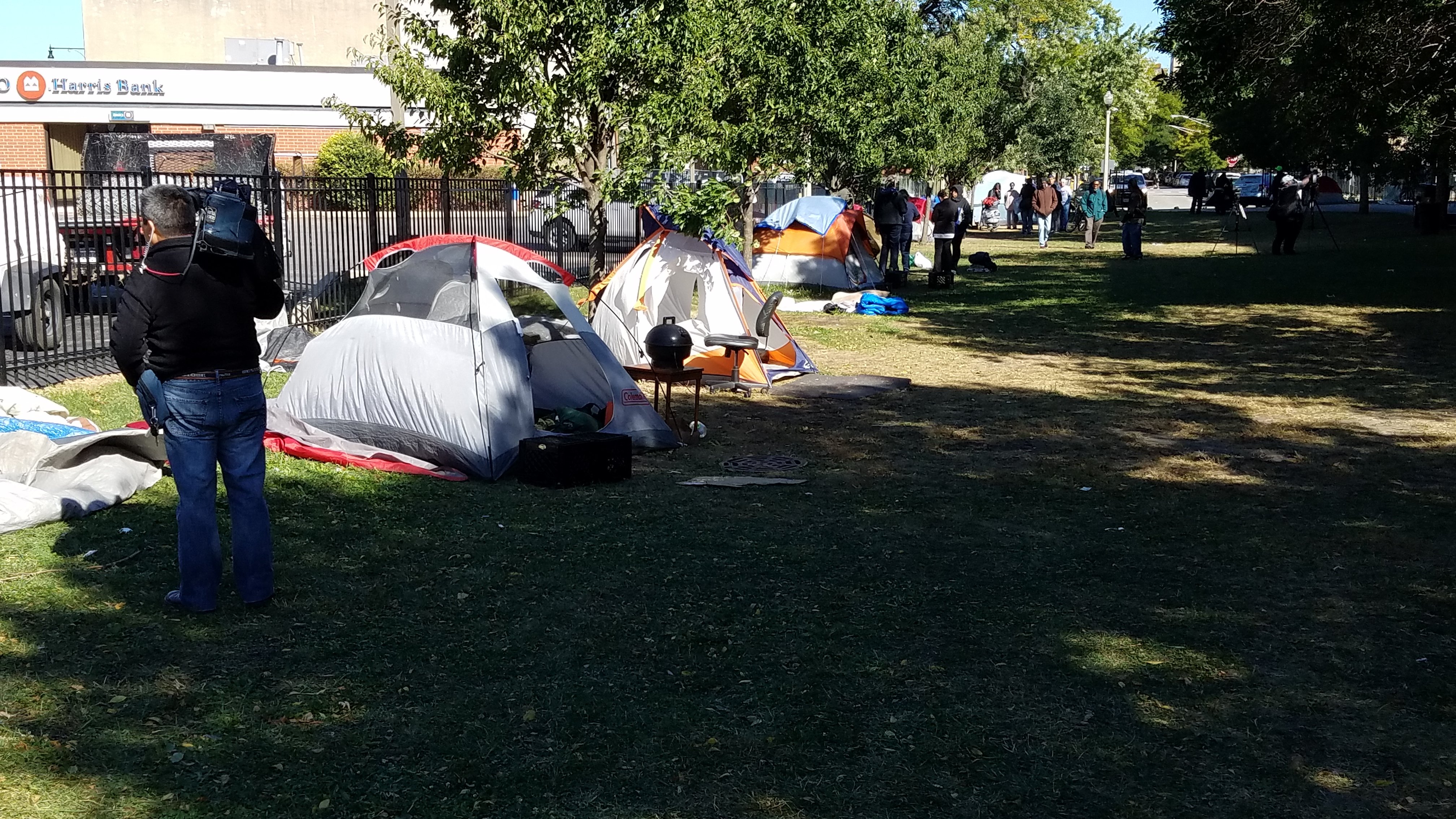 CHICAGO – With the recently announced sale and pending closure of the Wilson Men’s Club Hotel, 1124 W. Wilson, Chicago’s Uptown neighborhood is about to be hit with a devastating attack on its remaining low income housing stock, hitting its most vulnerable residents.

“The City’s own homelessness count for 2016, derided by many as a severe undercount, nonetheless showed a 9.4% surge in Uptown’s homeless population over just the previous year,” said UTCO spokesman Ryne Poelker. “This followed the destruction of more than 2000 units of SRO housing on the North Side, including the Norman Hotel, the Lawrence Hotel, the Hazelton Hotel, and the Hotel Chateau, in James Cappleman’s ward since he became alderman in 2011. Units lost in Cappleman’s ward represent more than half of all those lost on the north side during this time.”

Service providers depend on SRO housing to transition people out of homelessness. Even Cappleman’s and Mayor Emanuel’s own half-hearted pilot program to permanently house residents of the “tent cities” living underneath Lake Shore Drive viaducts, relied on SRO housing as temporary transitional housing. It should be no wonder that when SRO housing options shrank, tent cities grew.

The dwindling supply of SRO housing places even greater market pressure to increase rents for all moderately priced housing in a city where nearly half of Chicagoans are already “rent-burdened.” Rent-burdened is defined as spending 30% or more of one’s income on housing, according to a March 2017 Heartland Alliance Study. The same study notes that “nearly half of Chicagoans are considered low income or living in poverty” and that this correlates to the city’s notorious violence problems.

Cappleman has led a relentless, years-long campaign against affordable housing, leading protests against the ward’s last affordable housing development, the successful Wilson Yards development, before he became alderman. Once elected, he instigated city inspections against the Wilson Men’s Club Hotel and other SROs in an attempt to force their closure. When the Wilson Hotel passed inspections, he escalated further by introducing an ordinance to shutter it and the city’s other, least expensive SRO. The lowest-price SROs are the only option besides temporary shelters or the streets for those on severely limited incomes such as Supplemental Security Income (SSI).

A recent press release from City Pads, the new owner of the Wilson Men’s Club Hotel, boasted that the firm “is thrilled to offer modern, quality and affordable housing options for residents in the Uptown community” by having “at least 20% of the new units…[as] affordable housing.” The anonymously authored ‘Uptown Update’ website, a Cappleman mouthpiece, gleefully reprinted the developer’s press release.

What Uptown Update ignored is that most people on SSI get so little income that they can’t afford what’s defined by local ordinance as ‘affordable housing. Even if they could, 200 truly affordable units are about to be replaced by only 80 mostly market rate units, of which of only 16 would meet the city’s dubious definition of “affordable.” So City Pads, previously responsible for the destruction of the Hazelton SRO on Montrose Avenue, will now preside over the net destruction of another 184 affordable units and yet gush on about offering “quality and affordable housing options,” giving a whole twist on the term “fake news.”

At least two non-profit organizations dedicated to maintaining the Wilson Men’s Club Hotel reportedly were prepared to meet the asking price of the previous Wilson Men’s Club Hotel owner, but never sealed the deal. Under the City’s “Single-Room Occupancy and Residential Hotel Preservation Ordinance,” owners of SROs wishing to sell their properties are required to first take a six-month period and attempt to sell to an entity dedicated to preserving the SRO. Only after that are they permitted to sell to market rate redevelopers.

If indeed there were genuine offers to buy Wilson Men’s Club Hotel during the six-month period, and yet the seller waited them out to sell to buyer who wanted to destroy the institution, this would appear to violate the spirit, if not the letter, of the City’s SRO preservation ordinance.

Uptown Tent City Organizers is a group of homeless and housed Uptown residents dedicated to defending the rights of homeless people from police and other City harassment. We believe that City resources currently wasted on harassing the homeless instead should be used to house people. UTCO currently has a suit in federal court aimed at forcing the City to allow a secure alternative place for people currently living underneath the Lake Shore Drive viaducts, as the viaducts are slated to undergo reconstruction sometime within the next few months.