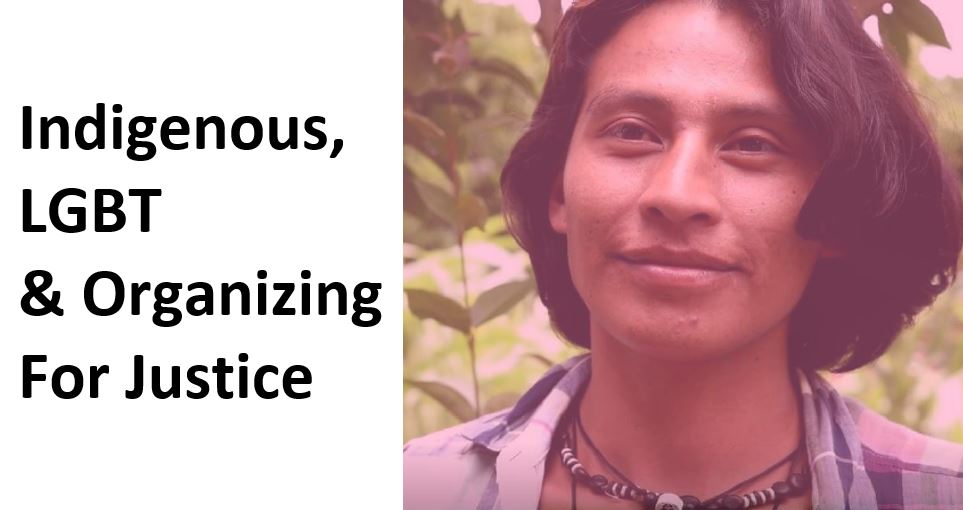 Ever since a U.S.-supported military coup overthrew its democratically elected president, the Central American nation of Honduras has been in crisis. The coup plotters inaugurated a wave of violence that for several years gave the country the world’s highest murder rate, with LGBTs and people organizing for indigenous rights among those particularly targeted.

But the violence and other repression forced previously “siloed” movements to start talking to and supporting one another, with LGBTs supporting the indigenous, unionists, campesinos, human rights workers and others – and vice versa.

Listen to activist Gaspar Sanchez discuss the struggle for LGBTQ awareness and rights among indigenous communities in Honduras, and how it plays a vital role in land defense and in the dismantling sexism, racism and militarism. Sanchez is the Coordinator of Sexual Diversity & Rights Equality for the Council of Indigenous and Popular Organizations of Honduras (COPINH).

Regis Hall is located at Loyola University’s Lakeshore Campus in the Edgewater neighborhood, near the Red Line’s “Loyola” stop. See map in the comments below for directions to Regis Hall.